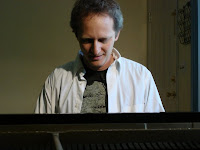 High Tension may have put the modern French horror film on the map, but composer Ken Lampl reviews perhaps a lesser known, but very powerful film in Martyrs.

Martyrs
by Ken Lampl
MARTYRS (2008) Directed by Pascal Laugier is described as “One of the most ferocious horror films ever made”. That my friends is a gross underestimation of one of the greatest horror films of our time. I kid you not. I walked into my local Blockbuster Video and pulled Martyrs off the shelf looking for some simple horror snuff. I had no idea of the visual and psychological onslaught which was about to begin. It takes the graphic violence of Eli Roth’s HOSTEL, combines it with the metaphysical philosophy of Bergmans THE SEVENTH SEAL. The end will knock your socks off!

MARTYRS is more than a horror film, it is a philosophical and religious journey into then nature of existence. The plot twists and turns in a completely unpredictable fashion. What begins as a typical “torture snuff ghost” film turns into an existential crisis that Kierkegaard would have been proud of.

This is not a movie for the faint of heart. If you want horror film making at it’s best, this is it.

Ken is a fantastic composer who has worked on a number of Fearmakers projects including Dismal and Savage and also completed the score for Strange Stuff's Death of the Dead. He's worked with director Gary King several times. You can check out his website at www.KenLampl.com. To hear his work on DVD you can purchase Dismal, Savage or Death of the Dead by going to the Fearmakers Facebook fan page and clicking on the "Shop Now" tab.
Posted by Fearmakers at 6:09 AM