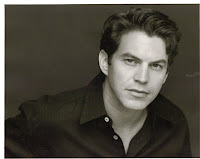 Actor / Producer, Harley Kaplan, finds the classics to be where true horror lies with his review of The Haunting (1963).

The Haunting (1963)
by Harley Kaplan
THIS IS HOW HORROR FILMS SHOULD BE DONE!

Robert Wise's THE HAUNTING is a chilling masterpiece that holds up incredibly well almost five decades after it was filmed due to the amazing craftsmanship of a remarkable director and cast. The plot, which involves a group of amateur psychics gathered together in an eerie, supposedly haunted mansion, was adapted from Shirley Jackson's gothic novel "The Haunting of Hell House." As Eleanor "Nell" Lance, an unstable young woman with a disturbing past, Julie Harris anchors the the story. Her tormented, no-holds-barred performance reveals a character who in the process of trying to flee her past ultimately crashes head-on into her destiny. In many ways, Eleanor is the "Hell" in Hell House. The film's other central characters, the questionable Dr. Markway (Johnson), the hipster Luke (Tamblyn), and the haughty clairvoyant Theodora (Bloom), orbit Nell until their combined powers push her into an unfathomable terror.

Wise's taut direction allows the film to build suspense cerebrally without the use of major Hollywood special effects. He allows the film to build at a novel pace, taunting the viewer to find the terror is his own mind. Remarkable sound effects supercede what is shown on-screen and the viewer is left shocked and terrified by the film's conclusion.

Harley is still acting in New York, and when he's not acting he's casting others in movies. You'll be able to see him in the upcoming film, You Have the Right to Remain Violent. If you can't wait that long, check him out in Death4Told. Purchase your copy by going to the Fearmakers Facebook fan page and clicking the "Shop Now" tab.

You can find Harley on Facebook.
Posted by Fearmakers at 11:18 AM