Halloween Nights 5 of 15: The Human Centipede 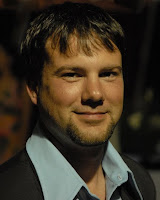 Fearmaker founder, Bo Buckley, dissects one of the most talked about horror film in recent history, The Human Centipede.

The Human Centipede
by Bo Buckley

I really had no desire to watch this movie for entertainment value. It was out of pure intrigue over the widespread discussion the movie has generated that I just had to see it. What I found was after you get past the shock value that is three people being sewn ass to mouth there really isn’t much left.

The movie starts out like many movies we’ve already seen. Take your pick, two American tourists break down in a remote part of Germany on their way to a club. A creepy foreigner rolls up and spouts obscenities, because, let’s face it, all foreigners are creepy, right? At any rate there is no cell service and instead of driving on the rim until they find civilization they decide to hike to the nearest residence… THROUGH THE WOODS! All right, all is forgiven. I mean, it’s not like we’ve never seen people do dumb things to get the horror film rolling. So let me wrap it up. It starts raining and they find a house owned by a retired surgeon; but no ordinary surgeon, the leading specialist in separating conjoined twins. Well he’s a cuckoo bird now and he wants to make a human centipede so he finds a tissue match and sews them up. The rest of the movie involves having the surgically stitched travelers trying to escape.

As I mentioned, the squeamish part of the film is going through the play by play of how the doctor intends to attach the victims. Once you get through that 10 minutes you’re really left with not much else sans a terrific performance by Dieter Laser who plays the mad doctor. Dieter portrays the creepy kind of madman I saw out of Bill Oberst, Jr. who played Dale in Dismal, the film I wrote and produced. Dieter was very good and unnerving. The rest of the cast consisted of two actresses who, apart from a few scenes of being lost and repeating each others names (I’ll touch on this later), spend much of the movie with their faces shoved into a rectum, and a Japanese actor who literally screams the entire film and two German cops who are in the movie for 5 minutes. Thankfully Laser’s performance keeps you watching but in the end you’re left kind of empty.

There’s really no point to this movie other than shock value, and as I said, that’s just a few minutes of the film. But the story lacks the depth to make it more than just shock. What made the doctor go mad? Why does he want to attach 3 innocent people (other than his line “I hate human beings”)? What scientific discovery will he make? It’s definitely not like the Frankenstein-type films where there’s something to be discovered for science. But I did rent it from Redbox so maybe I got a cut version and there’s another version out there that explains it better. My other grip is the writing. Apart from the lack of story depth, one of my biggest pet peeves is when characters, who obviously know each other repeat the other character’s name every time they speak. Two girls taking a European trip together should know each other well enough not to say their name before every line. Listen to yourself talk to someone close to you today, how often to you say their name outside of talking about them or calling out to them? Probably not a lot. And stuff like that immediately draws me out of the experience.

Overall Laser’s performance and the 10 minutes of shock could be enough to check this movie out, but the dollar Redbox rental was about all it was worth to me. Although, I am curious to hear interviews with the two actresses about what they thought when they were going to spend 75 percent of the movie muffling into a stranger’s ass with no shirt on. That must have been an interesting discussion.

To see Bo's work as a writer, producer and / or director, you can pick up one of his many titles by going to the Fearmakers facebook fan page and clicking on the "Shop Now" tab.
Posted by Fearmakers at 7:01 AM