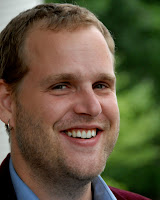 Justin Soponis is a producer, a writer and recently a feature film director. Who better to give you an opinion on a horror flick than a guy who's done it all. He checked out the 2005 foreign indie flick Boy Eats Girl.

Boy Eats Girl
by Justin Soponis
I've seen the preview for this movie a hundred times and thought that judging by the trailer it could be an interesting and funny take on the zombie genre. When I finally decided to watch the movie though, I was disappointed. What originally looked like a new idea turned out to be chock full of old ones. In the end I was barely interested in how I could already see the movie was going to turn out.
The first problem I found with the movie was how long it took to get to the action. By trying to tell a story about high school love within the zombie movie, it felt like there was just too much focus on high school drama, and not enough on the fact that zombies were soon going to be eating people. In addition, all of the high school drama was incredibly cliche'. There was the standard love interest between the main character and the girl he's loved since they were very young (but of course he's been too scared to ever tell her that), the class bully, the class slut, the class joker who is the best friend of the main character, etc. Because the movie was populated with such basic movie cliche's I found myself not really caring about any of them, or what happens to them. The acting was adequate most of the time, and bad at others.
Once the zombie outbreak occurs the majority of the zombie action was basically the same old recycled gags we've seen for the last 20 years in zombie movies. Once the viewer knows that zombies are eating people the impact of slowly revealing a zombie eating someone to the characters in the movie is lost. One sequence that was clearly supposed to pack a lot of punch involved the main character's love interest, a group of zombies, and a tractor with large, spinning blades attached to arms on the tractor. Unfortunately, much like the rest of the movie, the scene falls flat. There are a lot of zombies being sliced and diced in the scene, but a lot of awkward cuts make it almost impossible to tell what is happening besides that, and the awkwardness of the tractor itself make it seem unlikely that the zombies would have stood still throughout the scene so that the girl could puree' them. And of course, after mastering the ultimate zombie killing machine, the girl inexplicably gets out of the machine at the end of the scene so that she can be with her unarmed friends as they run away from more zombies.
All in all I didn't feel cheated after I watched the movie, I just didn't really care about it. There are some opportunities in the movie for it to move in a new and interesting direction, but every time there was a brief moment of potential it would just be overrun by tired zombie or high school drama cliches.

You can check out Justin's work and pick up a DVD or two of your own by going to the Fearmakers' Facebook fan page and click on the "Shop Now" tab.
Posted by Fearmakers at 6:50 PM