Get SAVAGE and a FREE gift

Today is the television premiere of Savage (Chiller TV @ 8pm). In honor of this big event we're having a special on all Savage DVDs. Order one today for only 5 bucks AND get a Bigfoot charm necklace FREE. What is this mini wonder, you ask? Imagine if someone discovered a Bigfoot print, took a cast of it, shrunk it down to just under 2 inches and turned it into a necklace. Well imagine no more. That's EXACTLY what it is. And you can get one free. Just buy the Savage DVD by going to our Facebook Fan Page and clicking on the "shop now" tab on the left. 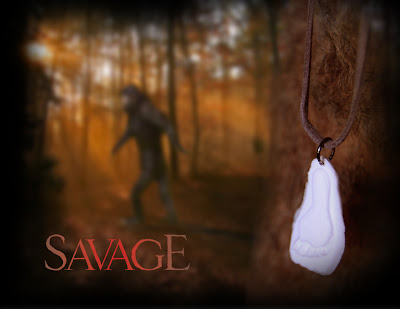 As we anticipate the official DVD release of Savage tomorrow, we are offering up a special. Buy any Fearmakers DVD, that's right ANY, and get it for only 5 bucks! What a steal. Our DVDs offer content not provided by the official release including commentary and behind-the-scenes footage and making-of segments. You won't find a better DVD out there, you must get it from us directly.

Tomorrow you'll be able to grab up Savage from Netflix and a number of other outlets, but the real deal is here. Just go to our Facebook Fan Page and click the "shop now" tab on the left. Any Fearmakers movie (Death4Told, Dismal or Savage) for only $5. Own it today. 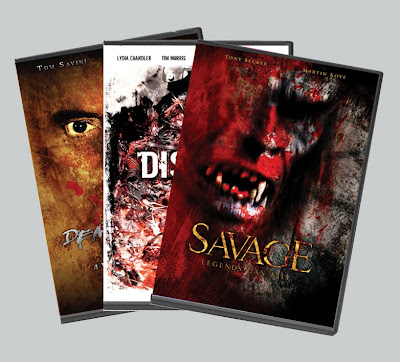 **shipping and handling not included in price**
Posted by Fearmakers at 6:50 AM No comments: Links to this post

Savage Premieres on Chiller This Month!

And if your cable provider doesn't offer Chiller TV, don't worry. The official DVD is releasing on Sept. 20th! Now you've got two chances this month to catch the movie cryptozoologists are calling "the best Bigfoot movie" they've ever seen!
Posted by Fearmakers at 9:35 AM No comments: Links to this post

Fearmakers Scares Us... and Teaches Us? 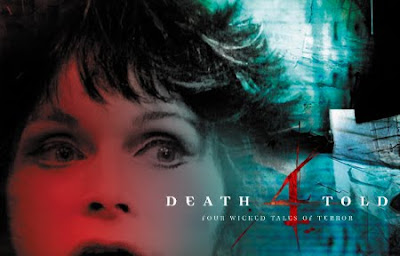 A friend, who ironically worked on Fearmakers' first feature Death4Told, is now a web designer. He recently told me about a class he took and particularly about a book he had to get for that class. The book was Motion Graphic Design: Applied History and Aesthetics by Jon Krasner. In the companion DVD there was something interesting, the opening titles were there as examples of professional work in motion graphic design. Pretty cool that the work appearing in the film was being used to teach others. Steelcoast Creative, the designers of the opening title sequence, did a tremendous job and have been working on our projects ever since. In fact they've worked on EVERY project ever since including our sub-division Strange Stuff.

So if you're thinking about going into graphic design or web design or filmmaking, you could learn a thing or two from a Fearmakers movie. But when the instructor asks you to buy the book just nod politely and say, "thanks, but I'll just get the movie instead." We'll appreciate that you did.

Posted by Fearmakers at 9:49 AM No comments: Links to this post

If you haven't had a chance to see Dismal by now (and there's no reason you shouldn't) Showtime has added more dates. Look at the listing below.

Remember if you go to the Facebook fan page and order a DVD you'll get all the great DVD extras including the making of the visual fx, the makeup fx, bloopers and outtakes. It's great stuff to watch along with the movie.

Posted by Fearmakers at 2:38 PM No comments: Links to this post