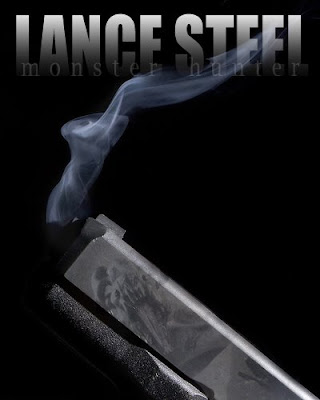 Fearmakers went into production today on teaser to the highly anticipated horror / comedy Lance Steel. The teaser is a 10 minute prequel into the world of fantasy, monsters and, oh yeah, Lance himself. "Lance is kinda like Dog the Bounty Hunter if Dog was the coolest dude on the planet," says writer / director Justin Soponis. Actually, Steel is a quick witted bounty hunter who specializes in monsters and fortunately has a high tolerance for pain.

Stick around as we bring you more updates on Lance Steel including behind-the-scenes info, photos and the teaser. Lance Steel, the feature, is expected to go into production in 2010.
Posted by Fearmakers at 2:05 PM 1 comment: Links to this post

Things are changing all around. Logos, movies, a new website later next month and now information on a new division and movie. Drum roll please.........


Under the Strange Stuff label we'll be giving our fans some over-the-top, outrageously fun films full of gore, sex and humor. To kick off this new division we are currently in pre-production on Death of the Dead, our toxic charged zombie flick which we describe as Night of the Living Dead meets The Karate Kid. We know what you're thinking, Oscar® nom!

As we progress we'll keep you posted on all the gorey details.
Posted by Fearmakers at 11:20 AM No comments: Links to this post 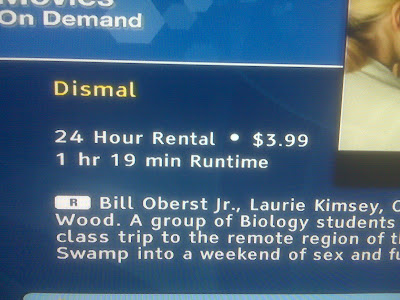 Fans everywhere have been contacting us this week, telling us they watched Dismal and had a great time. One even sent us a pic from their phone of the On Demand listing in their area. We even heard some disappointment for some who couldn't get the movie in their area or through their provider. All we can say is keep checking. Dismal is rolling out to new areas regularly and will be available to Comcast customers soon. The movie runs On Demand through mid-October so check back often to see if you have it.

Many thanks to all those fans who have watched the movie! If you really want to help you can go to IMDb.com and rate the film. You can also post a message on the message board and even write a review of the movie!! Go ahead, be a critic. Signing up for IMDb.com is quick, easy and best of all FREE. Plus no spam like other sites. Thanks for showin' the love, now spread the word!!!! Demand Dismal!!!
Posted by Fearmakers at 7:42 AM No comments: Links to this post

Okay, so last night everyone is in a mild panic. Can't reach the agent and there is absolutely no info, zero, nada, zilch, about the upcoming On Demand release of Dismal for Time Warner and Comcast customers. We've been pimping this date (today) for a long time now and what a disappointment it would be to wake up and not have Dismal listed in the On Demand selections.

So I finally reach the agent and he's like, Hey, if the distributor said it would be there it should be there. Well that's no help. We're two hours out before my inbox is flooded with "Where's the movie, Bo?" I've learned in my years that it's best not to get too excited over things you cannot control. So after a final attempt to contact Time Warner directly, unsuccessfully I might add, I figured I'd just wait it out till midnight and hope for the best. Then what to my wondering eyes should appear? The clock strikes midnight and there she blows!!! DISMAL with a beautiful orange circle next to it, the most beautiful orange circle I have ever seen in my life! Apparently the orange circle means new release or something, but whatever it officially denotes it was glorious. 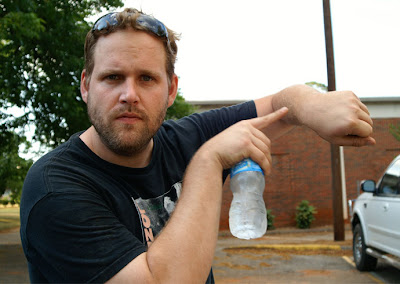 Okay, so they recut the trailer for the preview and the sound is a bit off, TWC used a poster for another movie and they put the cast in order of IMDb.com listing not by any real preference which means the movie stars one actor who didn't make the final cut (but will be on the DVD deleted scene) and another who gets whacked in the first 3 minutes, while the heroine gets nary a mention. Well life's not always fair and sometimes it downright sucks, but the movie is there and that's all we were hoping for.

** NOTE: It appears Dismal is not available to all TWC or Comcast customers. Not sure why this is but the movie has been popping up in different markets at different times. Keep checking and we'll keep you posted
Posted by Fearmakers at 3:20 PM No comments: Links to this post

Just three days shy of the Dismal On Demand debut (say that 5 times fast). Probably about time to purchase your microwave popcorn, get your favorite blankie by the sofa to hide your eyes and cancel any important business scheduled that day.

To kick off the new movie, as you can see from above, we're releasing our new logo as well. We've dropped the "studios" from our name. We're kinda like Madonna... or Prince... or... Branjelina. One name says it all. We'll follow this up with a revamped website later next month and a premiere of the monster flick, SAVAGE, in September. Damn, we're busy.

Oh but we're not done there. We've got plans for another movie hopefully lensing later this year. Not really sure what movie that is just yet, but we promise it'll be a helluva ride! Seriously, though, we have to thank everyone who has supported us. We couldn't have done it without you. Well, we could have, but no one would be watching our movies.
Posted by Fearmakers at 9:17 AM No comments: Links to this post

We would LOVE for you to check out our Facebook fan page and become a fan. Then sign your friends up. There's all kinds of cool shit on the fan page, behind the scenes photos, comments from people who have worked on or seen the movie. Leave your mark, say something poetic and FAN UP!

And for those of you who have seen the movie already either at the Horrorfind Weekend premiere or one of the several screenings, please visit our IMDb.com page and rate the movie. And if you're feeling really froggy, write us a review on the site. We'd love to know what you think of the movie. And if we don't like what you have to say... well... mornin' sunshine new days a-breakin'... you know what that means. 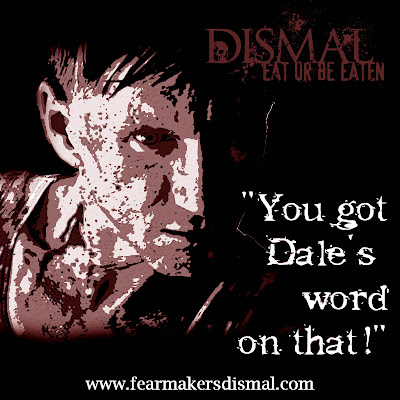 Posted by Fearmakers at 9:31 AM No comments: Links to this post