The Making of an Icon 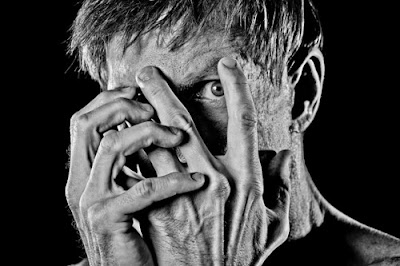 If you haven't heard of Bill Oberst, Jr., first it means you're not quite yet a fan of Fearmakers and have not seen Dismal and secondly, what the hell have you been watching, mainstream Hollywood horror flicks? Boooorrrriiinnnggg. Oberst is quickly making a name for himself in the horror genre. With his distinct look, scary presence, and most importantly, his love for the genre, he's someone who will one day be spoken about in the same breath as Chaney, Karloff, Lugosi, Englund and other great cinema legends of horror.

Oberst is on the cusp of greatness, having appeared in dozens of independent films, usually as the head baddie, and many television shows as well, namely True Blood and 1000 Ways to Die. At one point he was being looked at as the next Freddy Krueger for the Nightmare on Elm Street remake. Soon you'll find him getting that breakout role in a major horror flick, and we can say we got him first.

Sincerely, if you are a horror fan you MUST look up Oberst's work and check out as many movies as you can. Can't say all the movies will be great but I can assure you Bill is great in them. Do yourself a favor, horror fans, and get to know Bill Oberst, Jr.

See Oberst's latest interview at GeekTyrant.com. You can also see him in Dismal, Oberst's first horror film, tomorrow (July 12th) at 2:30am on The Movie Channel Xtra.
Posted by Fearmakers at 7:29 AM